Remember the job which Jude Law’s loser character did, in the movie ‘Closer’? Obituary writer? (These days no one says that, the preferred hashtag is #Obituarian.) Well, that’s me. Except I’m not going out with the masculine version of Natalie Portman, and I’m not cheating on my boyfriend with a Julia Roberts kind of guy, and I’m not writing unsuccessful novels, and I don’t meet guys in aquariums, and I don’t live in London, either.

I live in Mexico City, that maddening, wonderful, insane center corner of the world which chilango’s call “Mexico’s navel”. But where I live doesn’t matter now that my job status has been upped to 2.0: I hack Facebook accounts and other accounts on social networks, which belong to young people (and let’s be honest, there are a lot more young people online than old ones) who have died.

Most of them die in accidents. And “hack” isn’t really the right word – what I do is more of an “intervention”, cause what we’re really doing is intervening in the dead person’s account to deactivate it and free up all that webspace. We’re the killer sharks of the Internet and we get paid top dollar for what we do. The Europeans were the first to realize that webspace is just as valuable as real estate, that overcrowding and overpopulation aren’t merely words urban planners throw around: the web is getting clogged up with dead space worse than the worst traffic jams in the D.F. — and let me tell you, we’ve got the worst fucking traffic in the world. And nobody really knows how bad it’s getting. Except for us. And we’re not saying (cause of the non-disclosure agreements they made us sign) … but if you know how to read between the lines, it’s all there.

The truth is: we’re all that stands between so-called civilization – and total fucking anarchy. And if you know what Gandhi said about it, then you know this is serious shit.

When I say “we” I’m talking about myself and the other four people lounging around on designer chairs on the organic-artificial inside-lawn in the virtual-garden of this ultra-modern office space, chain-drinking our espressos, though on occasion we switch to wine, and sometimes it’s whisky. But never beer.

And we can’t help kibbitzing on the profiles we’re hacking. We slide into hyper-critical mode, the Olympic-size nose on this one, the wannabe theatrical poses, the eyes straight out of a cheesy horror film, the fake smiles and sometimes the heartbreakingly real ones.

We’re professionals. Before, there used to be a sixth obituarian who wound up getting crazy jealous and killing his girlfriend (now his ex-girlfriend) on the social networks. Before he killed her, he hacked her accounts and posted extremely suggestive pictures of her, borderline obscene stuff, snapshots of her naked which he’d taken back when they were first getting to know each other and still in love or whatever passes for love these days.
“She was such a pig, you can’t imagine the sick shit she was into…”, he used to tell us, in a low voice, as he went about tagging and captioning the new photos he was adding into her Facebook Profile, “…the damn bitch, look at these assholes she was spending time with”.
And he posted an entire triple-xxx album of her on Facebook. 30 out of 73 pictures had the tag “Bend over and say Ahh!” I remember years ago, that was the title of a truly tacky porno film, and among all the tags he wrote on her boudoir pix, that was one of the nicer ones.
Later, after all the damage had been done, he deactivated all her accounts – email, Facebook, Twitter, Snapchat, and all the rest, and that was how he killed her on all the social networks.
The girl, when she saw all the pictures in all the obscene albums he had posted on her profile – each of which contained exaggerated boasts about certain of her sexual talents – sliced her wrists on her 21st birthday. But she didn’t do a good job of it and they took her to the hospital and I don’t really know what’s become of her.
They fired him, of course. And I heard somewhere (on Facebook, I think) that she wound up going off to Honduras, or Tahiti, or the Falkland Islands, one of those places where no one has ever heard of the Internet.
In case you’re wondering, after they fired my loser ex-co-worker, I was the one who got assigned to hack his accounts. And you’ll never guess what I found… Turns out he and my boyfriend were best bros back in high school, something my “let’s-never-have-secrets” b.f. never bothered to mention to me. And their favorite movie was, wouldn’t you know it, “Closer”. And, surprise, surprise, for decades the two of them were sending each other explicit photos of all their latest roofie conquests, sluts, ho’s, etcetera, another little item my soon-to-be former “you’re-the-only-one-I’ve-ever-loved” guy also forgot to share with me. Whoever said revenge is a dish best served cold didn’t have a clue: my farewell present to both of these losers, which I’m on the verge of publishing (don’t you love that word? ‘publish’ – it sounds so serious, but it can be so sleazy) onto their respective profiles, involves, among other salacious tidbits, a photoshopped best bros remake of “Bend over and say Ahh!” which may fuel the collective Internet Hive-Mind with some hitherto unknown and unsuspectedly creative variations on male bonding.

But – sorry – I’ve gotta run, now. Espresso and whisky break is over, and I’ve got to get back to work.

* ** both of these aforementioned accounts have been permanently closed by Facebook, which continues to insist that neither of these individuals was ever ‘on’ Facebook, or ever even alive, for that matter.

Speaking from the tongue of an experienced simpleton who obviously would rather be an emasculated, infantile complain-ee. This note should be pretty easy to understand.

All the warnings from the punk rock 101 courses over the years, since my first introduction to the, shall we say, ethics involved with independence and the embracement of your community has proven to be very true. I haven’t felt the excitement of listening to as well as creating music along with reading and writing for too many years now. I feel guity beyond words about these things.

For example when we’re back stage and the lights go out and the manic roar of the crowds begins., it doesn’t affect me the way in which it did for Freddie Mercury, who seemed to love, relish in the the love and adoration from the crowd which is something I totally admire and envy. The fact is, I can’t fool you, any one of you. It simply isn’t fair to you or me. The worst crime I can think of would be to rip people off by faking it and pretending as if I’m having 100% fun. Sometimes I feel as if I should have a punch-in time clock before I walk out on stage. I’ve tried everything within my power to appreciate it (and I do,God, believe me I do, but it’s not enough). I appreciate the fact that I and we have affected and entertained a lot of people. It must be one of those narcissists who only appreciate things when they’re gone. I’m too sensitive. I need to be slightly numb in order to regain the enthusiasms I once had as a child.

On our last 3 tours, I’ve had a much better appreciation for all the people I’ve known personally, and as fans of our music, but I still can’t get over the frustration, the guilt and empathy I have for everyone. There’s good in all of us and I think I simply love people too much, so much that it makes me feel too fucking sad. The sad little, sensitive, unappreciative, Pisces, Jesus man. Why don’t you just enjoy it? I don’t know!

I have a goddess of a wife who sweats ambition and empathy and a daughter who reminds me too much of what i used to be, full of love and joy, kissing every person she meets because everyone is good and will do her no harm. And that terrifies me to the point to where I can barely function. I can’t stand the thought of Frances becoming the miserable, self-destructive, death rocker that I’ve become.

I have it good, very good, and I’m grateful, but since the age of seven, I’ve become hateful towards all humans in general. Only because it seems so easy for people to get along that have empathy. Only because I love and feel sorry for people too much I guess.

Thank you all from the pit of my burning, nauseous stomach for your letters and concern during the past years. I’m too much of an erratic, moody baby! I don’t have the passion anymore, and so remember, it’s better to burn out than to fade away.

Frances and Courtney, I’ll be at your alter.
Please keep going Courtney, for Frances.
For her life, which will be so much happier without me.
I LOVE YOU, I LOVE YOU! 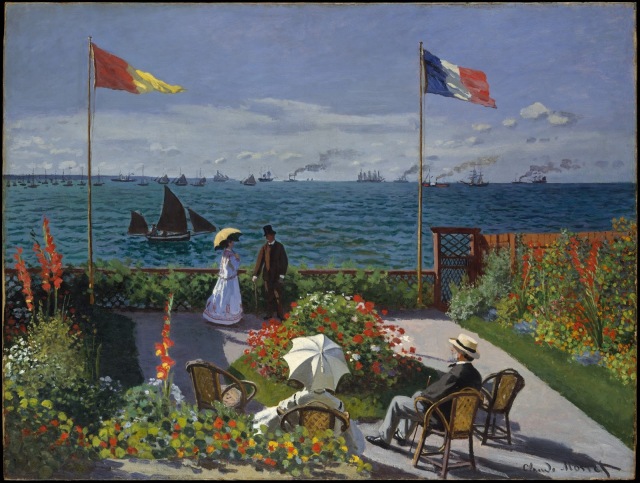 To miss you a little

JERRY:
The concept behind the car phone speakerphone, airline phone, portable phone, pay phone, cordless phone, multiline phone the phone pager, the call waiting call forwarding, conferencing, speed dialing, direct dialing and redialing is that we all have absolutely nothing to say and we’ve got to talk to someone about it right now. Cannot wait another second. You’re at home, you’re on the phone. You’re in the car making calls. You get to work, “Any messages for me?” You gotta give people a chance to miss you a little!

Wherever you are in life, it’s my feeling, you’ve gotta go

JERRY:
You know, why we’re here? [he means: here in the “Comedy club”].
To be out, this is out…and out is one of the single most enjoyable experiences of life. People… did you ever hear people talking about “We should go out”? This is what they’re talking about…this whole thing, we’re all out now, no one is home. Not one person here is home, we’re all out! There are people tryin’ to find us, they don’t know where we are. [imitates one of these people “tryin’ to find us”; pretends his hand is a phone] “Did you ring?, I can’t find him.” [imitates other person on phone] “Where did he go?” [the first person again] “He didn’t tell me where he was going”. He must have gone out. You wanna go out: you get ready, you pick out the clothes, right? You take the shower, you get all ready, get the cash, get your friends, the car, the spot, the reservation…There you’re staring around, whatta you do? You go: “We gotta be getting back”. Once you’re out, you wanna get back! You wanna go to sleep, you wanna get up, you wanna go out again tomorrow, right? Wherever you are in life, it’s my feeling, you’ve gotta go. 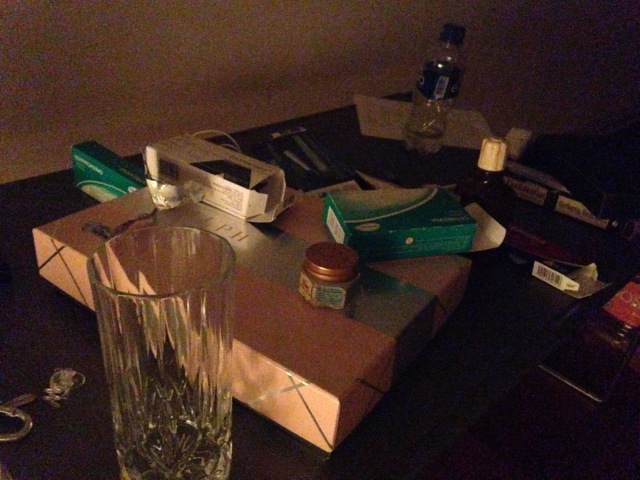 MIDWAY a Message from the Gyre : a short film by Chris Jordan from Midway on Vimeo.